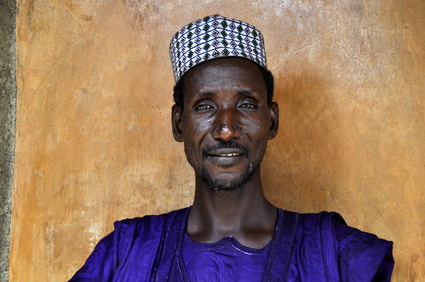 On this Passion Sunday, we are reminded what happens in 2 weeks – who could forget. And so my mind drifts to a post I made on the old version of the website on 26/01/2012 – over 5 years ago – titled: The wise Mallam. The content was valid then as it today, so I will re-post the blog here.

If you see a snake just kill it – don’t appoint a committee on snakes. – Ross Perot

The above has always been my mantra for as long as I could remember until I met this wise Mallam. In Nigeria, where I grew up, you see a snake; you kill it. No questions asked. So when we were in secondary school and on the farm (as was mandated by our then principal – Mr Oluyemi, God bless him); if someone shouts snake, everyone else stops whatever they were doing, get their cutlasses and run to the scene. The aim is clear: the snake must die! More often than not, the snake does.

My encounter with a snake and the response of this wise Mallam is the subject of this blog. I have pondered for a long time what this encounter meant but I feel I now know, as far as I can tell anyway. It happened when I was just about 9 or 10 years of age (give or take a few years):

I grew up in Abeokuta, the capital of Ogun State and we had just moved to my father’s newly built house in Oke Lantoro. At the time, the house was surrounded by ‘forest’ because the area was still relatively under-developed. Our new house was in a gated compound in the middle of no where, surrounded by overgrown herbage and trees. Because he owned the piece of land at the back of the house, he built a 4 bedroom boy’s quarters (- a common name we used to describe these buildings – something like this although not as posh!). This served as residents for builders during the construction of the house but when the house was completed housed the Mallam who lead the security team that looked after the house at night. Every house of this size had security of that nature – More of a deterrent from opportunistic thieves. We all know that real security is not something you can pay for. Nevertheless, this was a valuable way to employ the nomadic Mallams from the north of Nigeria.

As a young child, I spent a lot of time with the Mallam and his family in the boy’s quarters. I eat with them and he even thought me simple phrases in Hausa – even some rude ones! He fascinated me. He was kind and I even joined him in prayer.

On the day in question – it must have been late afternoon – I was dresses like a hunter with a wooden stick which was meant to represent a gun. There was this drama series running on the TV entitled Lisabi Agbongbo Akala which charts the history of the Egba people. It was a story of courage, of fighting and of victory. At that tender age, I fancied myself as a warrior. In my ‘warrior’ costume, I sneaked out of the house gates and headed for the accommodation of my Mallam friend to show off my courageous spirit. I had to travel through this overgrown herbage beside the house but this was a journey I had made many times without problems. I wasn’t to know that this particular journey had a twist to it.

About half way into my journey, I encountered something that stopped me right in my tracks. In my direct path lay a black cobra. It was upright in its characteristic manner with the neck spread. I will later know that this was a position a cobra takes before it strikes. I froze! I stood starring at this snake for what seems like eternity. I was afraid, I just froze. When I composed myself, I navigated my way round the snake and ran to Mohammed, the Mallam, and asked him to come quick and see the snake. On reflection, it might have been smarter to turn back and run to the safe security of our house. I didn’t, I went round it. 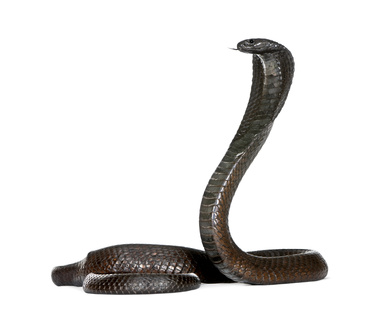 By the time Mohammed got there, the snake was heading into the shrubs but we were still able to see about ¾ of the snake’s body. I was filled with a mixture of anticipation and excitement. All Mohammed had to do was cut the snake up from behind. But did he? No he did not! He  muttered something like ‘let it go’ in Hausa. I was a child and was surprised. The disappointment on my face was palpable. My only comprehension was that you kill any snake you come across.

I forgot about this story for a long while until about 3 years ago when I was trying to understand what it means. I was retracing my past. I know this event to be significant and I have narrated it to a few of my close friends in the past. I think I now know what it means: There are times when killing a snake is the wrong thing to do.

We have a snake in our midst. That snake is Boko Haram. It is spreading poison across the northern states of Nigeria. The latest attack has left over 200 people dead in Kano. Boko Haram has killed almost 1,000 people since 2009. The latest event left the Emir of Kano in tears. The time has come for all the Northern Leaders with the support of the government under President Goodluck Jonathan to show the wisdom and leadership of my wise Mallam. The solution does not lay in the killing of the snake but in exploiting its venom to build a more durable and stronger society – similar to what we do with vaccines in medicine.

Thinking back to my primary school days, the old national anthem rings through today:

Nigeria we hail thee,
Our own dear native land,
Though tribe and tongue may differ,
In brotherhood we stand,
Nigerians all, and proud to serve
Our sovereign Motherland.

This is problem needs sorting out…urgently.

The above post illustrates what I subsequently describe in my poetry on Symmetry (Chapter 5) verse C in which  I wrote:

Make of it what you will but I can think of 3 significant ways, on reflection, in which this story has come (and is coming) to pass!