On the 18/03/2007, a group of friends (pharmacists) came together to make a difference to their profession. They met again later at Novotel Hotel, Southampton on 17/06/2007 to agree and sign up to a proposition. The proposition made by Kazeem Olalekan, CEO Iforg Limited to them was this:

Since the introductions of the new pharmacy contract in UK, the MUR take up by pharmacists have been patchy at best. The benefits of a well-conducted MUR to customers have been well documented. The delivery of MUR is important for the following reasons:

The delivery of a good MUR service will seal the pharmacist’s professional reputation. 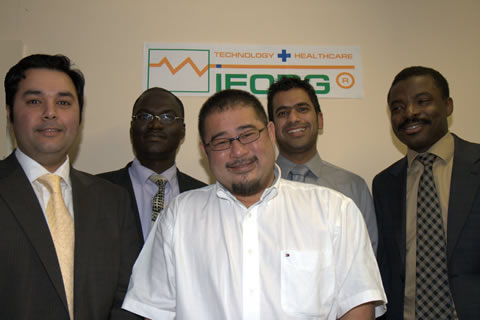 Things didn’t quite turn out as expected. There was resistance. The project timescale was extended to February 2013 and a company known as Pharmangelist Limited was formed as the holding company for the project.

Along the way, the team picked up supporters of the project (link):

The full story will be told in a book called ‘The Evangelist’ – watch out for this.

Has this been a worthwhile journey. I think so….but you better ask the team.