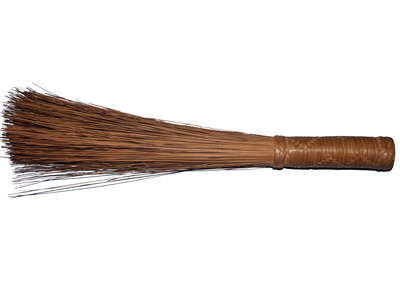 This is not a political blog. The views expressed in this piece are mine and mine alone. I have been clear from the start that ‘I don’t do politics’. It has nothing to do with my view of the political class – they have important roles to play – It is just me. It may have something to do with the concept of political suicide which I alluded to here. What I have to say in this piece might however, have political implications. I have no problem with that. As a citizen in a democratic country, I see it as my duty to express my viewpoint, so far as I take great care to make it a balanced one. I write this piece with a heavy heart. So bear with me. The purpose is not to influence you (you will make your own mind up in any case) but rather to explain why I feel the choices we face are so important and may have far reaching consequences.

Devolution max or Independence is the stark choice that faces the residence of Scotland in exactly one month from now. The referendum on the 18th of September is on whether Scotland should be an independent country (link). To get to the position we now call the United Kingdom, a lot of water has gone under the bridge. The history of these lands are littered with unity and disunity (link). It is of no use rehashing and feeling bitter about these events; rather it is a time to move forward together like the proverbial osusu owo. England had absorbed Wales and Cornwall by 1543 but it took a failed attempt in 1603 (link) and another attempt in 1707 (link) to finally get the ‘rogue’ nation on board! It is a shame that we use unhelpful and demeaning adjectives to describe those that will eventually become our staunch allies. It is this superiority complex (notably an English trait) that must be quashed if people are to work together going forward as equal stakeholders in a Commonwealth of nations. As an African, I carry my own ancestral scars – a remnant of the slave trade which led to the dehumanisation of my race (link). Whilst the British were active participants in this trade, they were also instrumental in ending it. Yes, I carry the scars but I am not bitter. I am sure our histories are a conflation of positive and negative experiences.

Analysis of this history reminds me of our stool (link). It is a mishmash of something old, something nicked, something borrowed, something built and something created. Something old because of the christian heritage. In that heritage, Jesus is at the centre. At times in our history, we lost sight of what it means to put Jesus at the centre. We viewed religion as an instrument of oppression and as a cover to engage in fruitless crusades. We even turned the cannons of war on ourselves in the Reformation (link), when we should have been true to the text of the Holy Book. The Catholics wants to kill the Protestants and vice versa: a relic of the past which still raises its ugly head even in today’s society. Something nicked because it is about conquest. The language is about conquering and pillaging not negotiation or trading. The Plantations in Ireland (link)  in 16th and 17th century were the confiscation of land by the English crown and the colonisation of this land with settlers from England and the Scottish Lowlands. Africa, and Nigeria – my country of birth – also has its own tales to tell. Nonetheless, the United Kingdom has been described as a nation of immigrants (link) and by borrowing the intellectual capital of these diverse immigrant people, it has been able to build a strong and prosperous nation. The result is this modern miracle that is the United Kingdom – A nation created on very strong principles that bring together different people with different heritages. The future of that nation is what is at risk in the forthcoming referendum. I will employ you to take this decision very seriously.